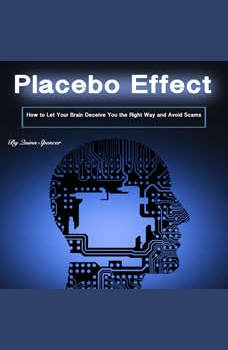 Placebo Effect: How to Let Your Brain Deceive You the Right Way and Avoid Scams

Is that medicine really good for you, or do you just believe it is? The placebo effect is a controversial topic, insomuch that people falsely accuse certain medicinal oils, pills, or supplements as being useless. But at the same time, there really are some drugs that don’t do anything by themselves, yet have the desired effect because of what people trust they do. So what is the truth? How does the placebo effect work? Does it even work?

It is not as simple as answering “yes” or “no”, but as we take a closer look at the concept, more light will be shed on the matter, and the benefits, the dangers, and the health effects of it will become clear as glass. Questions, such as the one above and many others, will be answered. You will hear facts and questions like:

Nobody likes to be fooled, and nobody wants to believe something that isn’t true. So if you want to outsmart yourself, the medical industry, and some of those overpriced doctors who try to make a living from people’s trusts and fears, you better do yourself a favor and learn everything about the placebo effect to save yourself time, money, and some donkey ears.

Your Medical Mind
by Jerome Groopman

The New Bible Cure for Chronic Fatigu...
by Don Colbert

The New Bible Cure for Weight Loss
by Don Colbert