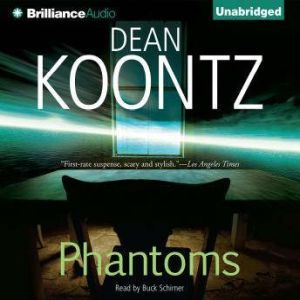 They found the town silent, apparently abandoned. Then they found the first body, strangely swollen and still warm. One hundred fifty were dead, three hundred fifty missing. But the terror had only begun in the tiny mountain town of Snowfield, California. At first they thought it was the work of a maniac. Or terrorists. Or toxic contamination. Or a bizarre new disease. But then they found the truth. And they saw it in the flesh. And it was worse than anything any of them had ever imagined…

This book would probably have gotten 5 stars from me except for the awful narration. Come on, who employees an audio book narrator with an extremely bad lisp. Thee Thells Thee Thells by the Thee T****. I don't mean to be disrespectful of people with speech impetiments, but should they really be narrating books? If you can get over never hearing the letter s being annunciated properly, then you can probably listen to this as I did. Otherwise, you may want to read it instead. Or watch the movie, I'm told the movie follows the book closely, but I haven't had a chance to validate that.