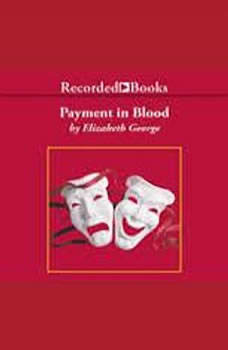 The producer of a troubled play invites the cast to spend the weekend in his remote Scottish Highlands estate to hash out the problems. When the housemaid finds the playwright murdered in bed, Thomas Lynley and his partner must unmask the villain.

Careless in Red
by Elizabeth George

In her most eagerly anticipated novel yet, Elizabeth George brings back Scotland Yard's Thomas Lynley to investigate a ruthless crime.After the senseless murder of his wife, Detective Superintendent Thomas Lynley retreated to Cornwall, where he has ...

This is a re-read. I read all of her Inspector Lynley Sgt Havers, St. James books yrs ago, and loved them then, so I'm re-reading the entire series, as I have a horrible memory and can't remember any of them. These are your basic solve murder mystery books, set in modern England, solved by Scotland Yard. But behind the mysteries, it's the fact that each book you get to know the main characters and follow their story as well that keeps me reading these books