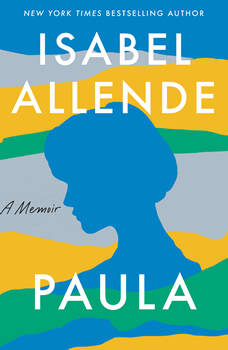 New York Times Bestselling Author
“Beautiful and heartrending. . . . Memoir, autobiography, epicedium, perhaps even some fiction: they are all here, and they are all quite wonderful.”
—Los Angeles Times

When Isabel Allende’s daughter, Paula, became gravely ill and fell into a coma, the author began to write the story of her family for her unconscious child. In the telling, bizarre ancestors appear before our eyes; we hear both delightful and bitter childhood memories, amazing anecdotes of youthful years, the most intimate secrets passed along in whispers. With Paula, Allende has written a powerful autobiography whose straightforward acceptance of the magical and spiritual worlds will remind readers of her first book, The House of the Spirits.