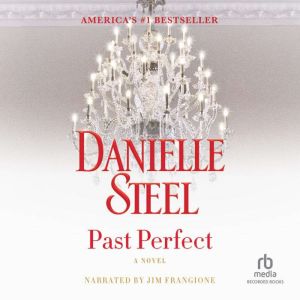 From #1 New York Times bestselling author Danielle Steel, Past Perfect is a spellbinding story of two families living a hundred years apart, who come together in time in a startling moment, opening the doors to rare friendship and major events in early twentieth century history. Sybil and Blake Gregory have established a predictable, well-ordered Manhattan life-she as a cutting-edge design authority and museum consultant, he in high tech investments-raising their teenagers Andrew and Caroline and six-year-old Charlie. But everything changes when Blake is offered a dream job he can't resist as CEO of a start-up in San Francisco. He accepts it without consulting his wife, and buys a magnificent, irresistibly underpriced historic Pacific Heights mansion as their new home. Shocked by an earthquake the night they arrive, the past and present suddenly collide for them in the elegant mansion filled with tender memories and haunting portraits. The original inhabitants suddenly appear for a few brief minutes. In the ensuing days, they meet the large and lively family who lived there a century ago: distinguished Bertrand Butterfield and his gracious wife Gwyneth, their sons Josiah and little Magnus, daughters Bettina and Lucy, formidable Scottish matriarch Augusta and her eccentric brother Angus. All long since dead. All very much alive in spirit-and visible to the Gregorys and no one else. The two families are delighted to share elegant dinners and warm friendship. They have much to teach each other, as the Gregorys watch the past unfold, while living their own modern-day lives. Within these enchanted rooms, it is at once 1917 and a century later, where the Gregorys realize they have been given a perfect gift-beloved friends and the wisdom to shape their own future with gratitude and grace from a fascinating past. Past Perfect is Danielle Steel at her bewitching best, a novel for the ages. DANIELLE STEEL has been hailed as one of the world's most popular authors, with over 650 million copies of her novels in print. Her many international bestsellers include Magic, Blue, Undercover, Country, Prodigal Son, Pegasus, A Perfect Life, Power Play, Winners, and other highly acclaimed novels. She is also the author of His Bright Light, the story of her son Nick Traina's life and death; A Gift of Hope, a memoir of her work with the homeless; Pure Joy, about the dogs she and her family have loved; and the children's book, Pretty Minnie in Paris.