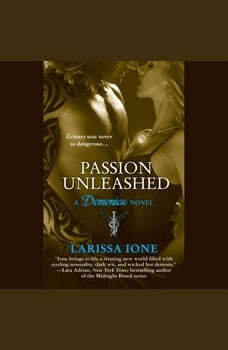 FORBIDDEN TEMPTATIONS Serena Kelley is an archaeologist and treasure hunter-and a woman with a secret. Since she was seven, she's been the keeper of a powerful charm that grants her health and immortality . . . as long as she stays a virgin. But Serena isn't all that innocent. And when a dangerously handsome stranger brings her to the brink of ecstasy, she wonders if she's finally met the one man she cannot resist. FATAL DESIRES Wraith is a Seminus demon with a death wish. But when an old enemy poisons him, he must find Serena and persuade her to give him the only known antidote in the universe-her charm. Yet, as she begins to surrender to his seductions and Wraith senses the cure is within his grasp, he realizes a horrible truth: He's falling for the woman whose life he must take in order to save his own.

The severed head marked by a distinctive tattoo on its cheek should have been a Guild case, but dark instincts honed over hundreds of years of life compel the vampire Dmitri to take control. There is something twisted about this death, something tha...