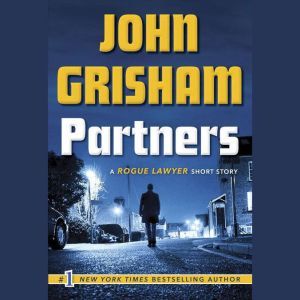 In this standalone prequel to his #1 bestseller ROGUE LAWYER, John Grisham tells the story of how Sebastian Rudd finally found someone he could trust to be his driver, bodyguard, law clerk, and partner.

Sebastian Rudd, rogue lawyer, defends people other lawyers won't go near. It's controversial and dangerous work, which is why Sebastian needs his bodyguard/assistant/sidekick: Partner. So if Sebastian is just about the most unpopular lawyer in town, why is Partner so loyal to him? How did they meet? And what's the real story of this man of few words who's as good with a gun as he is with the law? The surprising answers are all in PARTNERS, John Grisham's first exclusively digital short story.