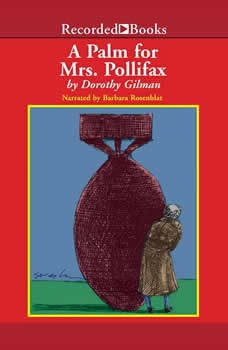 'Mrs. Pollifax gives Agatha Christie's Miss Marple a rival to reckon with.'
TORONTO STAR
A secret agent like no other, Mrs. Pollifax was leading a very full life: Garden Club, karate, yoga--and a little spying now and then. This time the mysterious Mr. Carstairs sent her to Switzerland--to a famous health resort where the world's intelligence agents had gathered. Her mission: to track down a missing package of plutonium--just enough to make a small atomic bomb. It was a job that suited Mrs. Pollifax's talents. She's good with people and even better at sniffing out their secrets. But it was not until she became enchanted with Robin, the young jewel thief, that her new adventure really began....