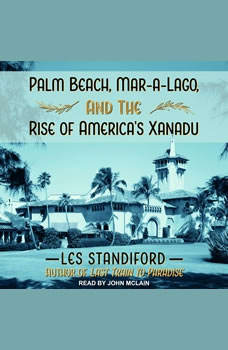 Palm Beach, Mar-a-Lago, and the Rise of America's Xanadu

With the authority and narrative prose style that has gained Standiford's work widespread acclaim, Palm Beach, Mar-a-Lago, and the Rise of America's Xanadu tells the history of this fabled landscape intertwined with the colorful lives of its famous protagonists.