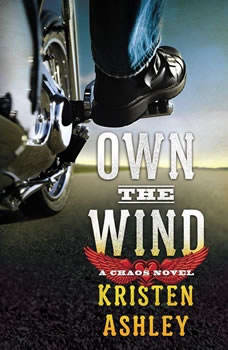 Own the Wind: A Chaos Novel

Meet the intense and sexy bad boy bikers of the Chaos Motorcycle Club in Tabby and Shy's story from Kristen Ashley's New York Times bestselling series. Too hot to handle . . . Tabitha Allen grew up in the thick of Chaos-the Chaos Motorcycle Club, that is. Her father is Chaos' leader, and the club has always had her back. But one rider was different from the start. When Tabby was running wild, Shy Cage was there. When tragedy tore her life apart, he helped her piece it back together. And now, Tabby's thinking about much more than friendship . . . Tabby is everything Shy's ever wanted, but everything he thinks he can't have. She's beautiful, smart, and as his friend's daughter, untouchable. Shy never expected more than friendship, so when Tabby indicates she wants more-much more-he feels like the luckiest man alive. But even lucky men can crash and burn . . . 105,000 words

Own the Wind: A Chaos Novel
Chaos