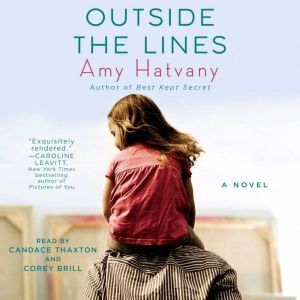 When Eden was ten years old she found her father, David, bleeding out on the bathroom floor. His suicide attempt is the last straw for Eden’s mother, Lydia, who has nursed her artist husband through over a decade of his steadily declining mental health. The couple divorces, and David all but disappears from Eden's life. Almost twenty years later, Eden runs a successful catering company, has her own cozy apartment, and dreams of opening a restaurant. Since her parents' divorce, she's heard from her father only intermittently - enough to know that he has spent time living on the streets and still struggles to manage his mental illness, yet not enough to feel ready to forgive him for abandoning her all those years before. But a series of failed romantic relationships and her mother's recent health scare has her re-evaluating some things, and Eden decides to look for the father to whom she once was so close, in order to get him the help he needs. Her search takes her to Hope House, a downtown Seattle homeless shelter, and to Jack Baker, its director. Jack convinces Eden to volunteer her skills as a professional chef in preparing meals for shelter clientele -- and also offers to assist her in her quest. As the bond between them blossoms, and the clues they have gathered bring them closer to David, Eden must come to terms with her true feelings for Jack the secrets her mother has kept from her, and the painful question of whether her father, all these years later, even wants to be found.