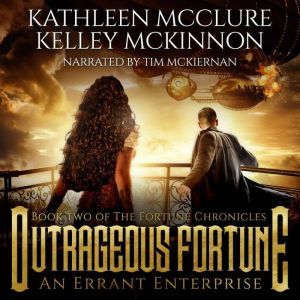 On the planet Fortune, tech is low, tensions high, and the price of doing business dangerously steep.

So when a mysterious woman offers the crew salvation (or, at least, a paying job), John signs on, only to discover that neither the job, nor the woman, are what they appear.

Now John and his crew are on the run and embroiled in hive of deception, while everything he hoped to save teeters on the brink of disaster.

Outrageous Fortune is the second standalone novel in the science-fantasy series, The Fortune Chronicles. If you enjoyed the characters, banter, and action of Firefly, you’ll love the crew of the Errant.