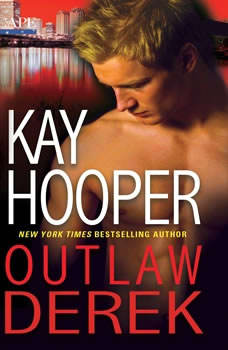 After asking the wrong people the wrong questions, Shannon Brown barely escapes with her life - and crosses paths with a handsome outlaw who cannot resist a lady in distress. Moved by the troubled stranger, Derek Ross agrees to help Shannon elude her pursuers. But the ferocity of his desire for Shannon stuns him, and mystifies her. She's known so much hurt in matters of the heart - how can Derek be any different? Drawn into a shadowy world of danger and deception, Shannon is reborn in the arms of a man who lives by no one's rules. Derek's voice calms her fears and lowers her guard, making Shannon long to hear another heartbeat beside her own. But trusting Derek might cost Shannon deeply, as she wonders whether this outlaw is hers to keep or merely an intoxicating illusion.