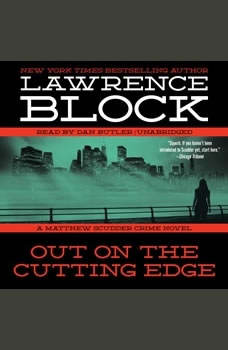 Out on the Cutting Edge: A Matthew Scudder Crime Novel

This is a city that seduces dreamersthen eats their dreams. Matthew Scudder understands the futility of his search for a longtime missing Midwestern innocent who wanted to be an actress in the vast meat-grinder called New York City. But her frantic father heard that Scudder is the best, and now the ex-cop turned private investigator is scouring the hell called Hells Kitchen looking for anything that might resemble a lead. And in this neighborhood of the lost, hes finding loveand deathin the worst possible places.

Trouble follows Dave Robicheaux. James Lee Burke's new novel finds Detective Robicheaux far from his New Iberia roots, attempting to relax in the untouched wilderness of rural Montana. He, his wife, and his buddy Clete Purcel have retreated to stay...