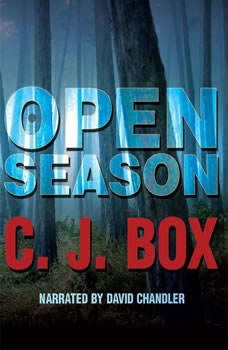 C.J. Box’s Open Season is a rare debut mystery that “immediately sets itself apart from the crowd” (Booklist). This thrilling novel stars Joe Pickett, a game warden in Wyoming who finds his life in danger after he looks into a murder investigation and discovers a conspiracy involving an oil pipeline and its threat to an endangered species.