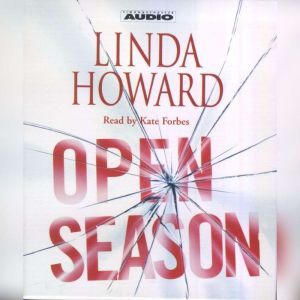 She's hunting for a mate...and there's no more playing it safe. Daisy Minor is bored. Worse than that, she's boring. A plain, small-town librarian, she's got a wardrobe as sexy as a dictionary and hasn't been on a date in years. She's never even had a lukewarm love affair, let alone a hot one. So when she wakes up on her thirty-fourth birthday and wonders how it is that she still lives with her widowed mom and spinster aunt while her friends have all gotten married and started families, she decides it's time to get a life -- and a sex life. And as far as she can tell, good girls don't attract nearly as many men as bad ones. One makeover later, Daisy has transformed herself into a party girl extraordinaire. She's dancing the night away at clubs, and laughing and flirting with men for the first time in, well, forever. With a new lease on her own place, it's open season for manhunting. But on her way home late one night, Daisy sees something she's not supposed to see. Suddenly the target of a killer, she's forced to put her manhunt on hold. But the very moment she stops looking might be the moment she finds what she's wanted all along.