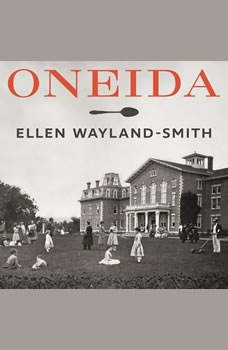 Oneida: From Free Love Utopia to the Well-Set Table

In the early nineteenth century, many Americans were looking for an alternative to the Puritanism that had been the foundation of the new country. Amid the fervor of the religious revival known as the Second Great Awakening, John Humphrey Noyes, a spirited but socially awkward young man, attracted a group of devoted followers with his fiery sermons about creating Jesus' millennial kingdom here on Earth. Noyes established a revolutionary community in rural New York centered around achieving a life free of sin through God's grace, while also espousing equality of the sexes and "complex marriage," a system of free love where sexual relations with multiple partners was encouraged. When the Community disbanded in 1880, a new generation of Oneidans sought to exorcise the ghost of their fathers' disreputable sexual theories. Converted into a joint-stock company, Oneida Community, Limited, would go on to become one of the nation's leading manufacturers of silverware. Told by a descendant of one of the Community's original families, Oneida is a captivating story that straddles two centuries to reveal how a radical, free-love sect transformed into a purveyor of the white-picket-fence American dream.

Fatal Forecast chronicles a dramatic fight for survival aboard two small fishing boats that were caught in a horrific surprise storm off of Cape Cod. Soon after the Fair Wind and the Sea Fever reached the fishing ground at Georges Bank, they were h...

Summary of Killing England: The Brutal Struggle for American Independence by Bill O'Reilly
by Readtrepreneur Publishing

Killing England: The Brutal Struggle for American Independence by Bill O'Reilly - Book Summary - Readtrepreneur(Disclaimer: This is NOT the original book, but an unofficial summary.)Take a trip back to the most important era in America's history Kil...