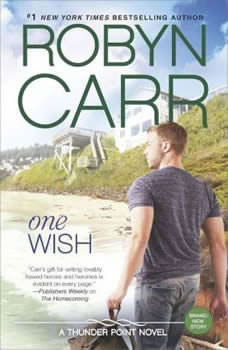 Grace Dillon was a champion figure skater until she moved to Thunder Point to escape the ruthless world of fame and competition. And though she's proud of the quiet, self-sufficient life she's created running a successful flower shop, she knows something is missing. Her life could use a little excitement. In a community where there are few eligible singles, high school teacher Troy Headly appoints himself Grace's fun coach. When he suggests a little companionship with no strings attached, Grace is eager to take him up on his offer, and the two enjoygetting to know each other. But things get complicated when Grace's past catches up with her, and she knows that's not what Troy signed up for. Faced with losing her, Troy realizes Grace is more than just a friend with benefits. He's determined to help her fight for the life she always wished for but never believed she could haveand maybe they can find real love along the way.