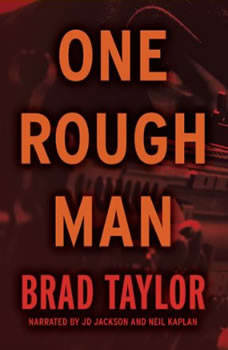 A former Delta Force commander, Brad Taylor proves with this breathtaking debut thriller that Vince Flynn and Brad Thor have company. A collection of top operatives, the Taskforce was commissioned by the highest levels of government, kept secret from the media and even Congress. The best of the Taskforce bunch, Pike Logan knows the greatest threat to American security is one or two idealogues. Unfortunately for them, they’ve just crossed Pike’s path. Narrators: J.D. Jackson, Neil Kaplan

Brad Thor’s #1 New York Times bestseller, The Last Patriot , is now available from Encore. June 632 A.D.: Deep within the Uranah Valley of Mount Arafat in Mecca, the Prophet Mohammed shares with his closest companions a final and startling ...

New York City. Two in the morning. A subway car heading uptown. Jack Reacher, plus five other passengers. Four are okay. The fifth isn’t. In the next few tense seconds Reacher will make a choice–and trigger an electrifying chain o...

From a helicopter high above the empty California desert, a man is sent free-falling into the night…. In Chicago, a woman learns that an elite team of ex–army investigators is being hunted down one by one.... And on the streets of Portla...

The honeymoon is over, now the murders can begin. America's #1 thriller writer returns with his sexiest, scariest novel ever. Hotter than The Beach House and scarier than Kiss the Girls, James Patterson's explosive new thriller introduces a bride w...