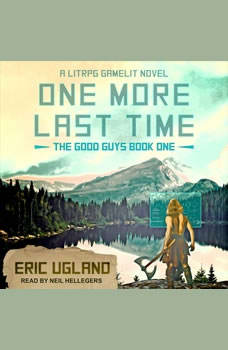 A ruined life. A broken heart. He thought it was the end, and his gun sat ready to make sure. But an oddball offer from his last friend comes at the literal last second. Curiosity gets the best of him, and he finds himself sucked into iNcarn8, a game claiming to be a whole new life. Now as Montana, the larger-than-life tank warrior, he has one more last time to get his life right.