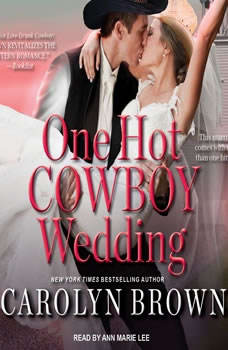 Hunky cowboy Ace Riley wasn't planning on settling down, but his family had other plans for him. The only way to save his hide, and his playboy lifestyle, is to discreetly marry his best friend, Jasmine King.Fiesty city-girl Jasmine as just helping out her friend—that is, until their first kiss stirs up a whole mess of trouble, and suddenly discretion is thrown to the wind.One hot cowboy, one riled up woman . . . And they'll be married for a year, like it or not!