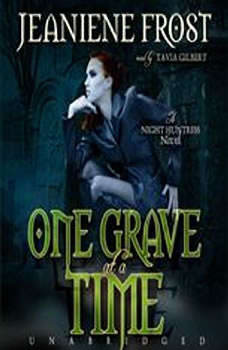 One Grave at a Time: The Night Huntress Novels, Book 6

The grave is one wrong step away. Having narrowly averted an (under)world war, Cat Crawfield wants nothing more than a little downtime with her vampire husband, Bones. Unfortunately, her gift fromNew Orleans voodoo queen just keeps on givingleading to a personal favor that sends them into battle once again, this time against a villainous spirit. Centuries ago, Heinrich Kramer was a witch hunter. Now, every All Hallows Eve, he takes physical form to torture innocent women before burning them alive. This year, however, a determined Cat and Bones must risk all to send him back to the other side of eternityforever.But how do you kill a killer whos already long dead?

Some Girls Bite
by Chloe Neill

They killed me. They healed me. They changed me. Sure, the life of a graduate student wasn't exactly glamorous, but it was mine. I was doing fine until Chicago's vampires announced their existence to the world—and then a rogue vampire attacke...