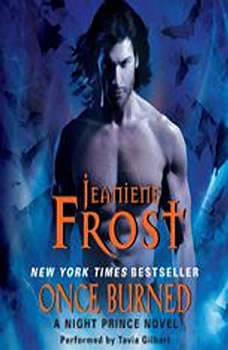 Once Burned: A Night Prince Novel

“An author who delivers only the best.”—Romantic Times “Put Jeaniene Frost on your must-read list!”—Lara Adrian, New York Times bestselling authorSpinning off from her wildly successful, New York Times bestselling Night Huntress novels featuring vampire soulmates Cat and Bones, Jeaniene Frost kicks off the thrilling new Night Prince series with Once Burned. Vlad Tepesh, the ruthless master vampire and inspiration for Bram Stoker’s dark legend (but don’t dare call him Dracula) encounters a mortal woman with unimaginable power…including the ability to enflame his cold heart. Paranormal romance and urban fantasy fans who hunger for the novels of Kim Harrison, Christine Feehan, and Charlaine Harris are going to love The Night Prince and this dark and steamy tale of supernatural attraction.