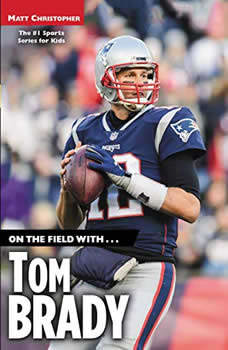 On the Field with...Tom Brady

Don't miss this action-packed and comprehensive look at the life and achievements of an NFL legend! With more Super Bowl appearances than any other player in NFL history, Tom Brady is a sports icon. From his college days as a backup quarterback at University of Michigan to his record-breaking number of winning seasons with the New England Patriots, this new and comprehensive biography gives fans a firsthand look at the highs and lows of the superstar's life and career, complete with stats and photographs.