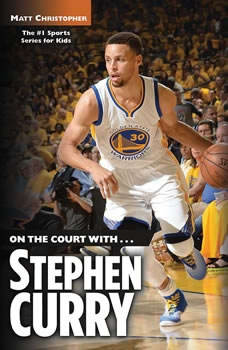 On the Court with...Stephen Curry

Discover the amazing achievements of fan favorite two-time MVP Stephen Curry in this brand-new, comprehensive biography.Steph Curry is a two-time NBA Most Valuable Player, record-breaker, and Finals champion who electrifies fans with his incredible on-court feats. He's also a dedicated husband, father, and philanthropist who inspires people on and off the court. Learn more about this remarkable athlete in this biography, complete with stats and photographs.