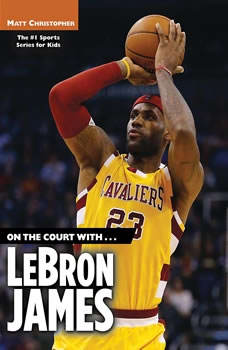 On the Court with...LeBron James

Get on the court with basketball superstar LeBron James in this in-depth, updated biography!LeBron James was a sensation in his early days playing ball in Akron, Ohio, and he continued to amaze as a high school phenomenon. Now an international icon and the heart of his hometown Cleveland Cavaliers, he is widely known as one of the greatest basketball players ever to step onto the court. Discover LeBron James's incredible story in this in-depth biography of one of basketball's brightest stars, with bonus stats, career highlights, and photographs.

Discover the amazing achievements of fan favorite two-time MVP Stephen Curry in this brand-new, comprehensive biography.Steph Curry is a two-time NBA Most Valuable Player, record-breaker, and Finals champion who electrifies fans with his incredib...