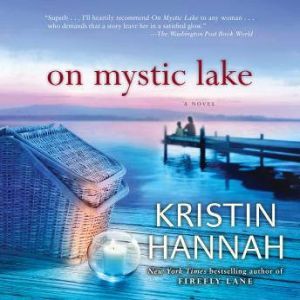 On the day her daughter leaves for college, Anne Colwater's husband of twenty years announces he wants a divorce. Her roles of wife and mother suddenly gone, Annie retreats to her childhood home of Mystic, Washington, to heal. There she finds her old friend Nick, suddenly widowed and unable to cope with his emotionally scarred young daughter, Izzie. Annie agrees to look after Izzie, and soon finds herself caring for both father and daughter with a joy and passion she never expected - and she finds her love returned with a fervor she had never even hoped for. But love is never simple, and it is not until Annie learns a hard lesson from her own grown daughter that she finds the strength to claim the happiness she has earned.