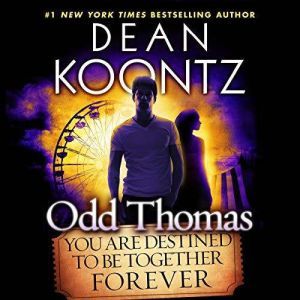 Odd Thomas: You Are Destined to Be Together Forever

This exclusive eBook short story looks back—way back—to where it all began for Odd Thomas and Stormy Llewellyn, two souls who are destined to be together forever.Amid the dizzying rides, tantalizing games of chance, and fanciful attractions of a state fair, two teenage sweethearts on the cusp of life and love’s pleasures find their way to a shadowy carnival tent brimming with curiosities. There, from the bizarre and enthralling Gypsy Mummy, a mechanized merchant of dreams and prognosticator of tomorrows, the young couple learns what fate promises for them. But fate, for Odd Thomas and Stormy Llewellyn, is something altogether different: full of dark corners, sharp edges, and things no seer or soothsayer could ever anticipate.And for Odd Thomas, a gallant fry cook from a sleepy California desert town, the future beckons—to listen to unquiet spirits, pursue unsettling mysteries, and learn shocking truths . . . for a purpose far greater than himself.