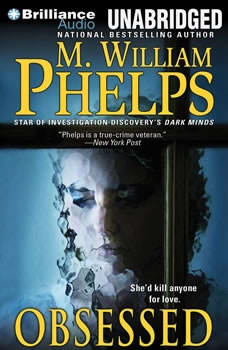 “Anything by Phelps is always an eye-opening experience.” —Suspense MagazineSheila Davalloo was young, attractive, and successful. When she started a new job at a cutting-edge research lab in Stamford, Connecticut, she met the man of her dreams. Nelson Sessler had no idea how violently Sheila would react when he began seeing a co-worker, Anna Lisa Raymundo. Sheila eliminated her rival in a bloody knife attack—and then turned her rage on another victim she saw as an obstacle to her passions. M. Williams Phelps recounts the riveting story of a white-collar love triangle gone horribly wrong…and the terrifying infatuation that drove one woman to kill.“Phelps is the Harlan Coben of real-life thrillers.” —Allison Brennan“M. William Phelps dares to tread where few others will: into the mind of a killer.” —TV Rage