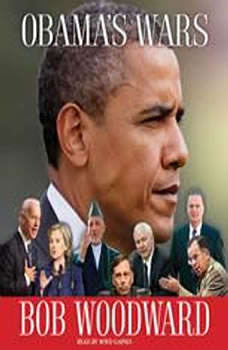 Bob Woodward provides the first inside account of President Obama wrestling with the fate of the wars in Afghanistan and Iraq and the constant threat of terrorism. Drawing on hundreds of interviews with key administration officials, their deputies, and other firsthand sources, Woodward takes listeners deep into the national security state and shows how Obama debates, decides, and balances the enormous pressures facing the modern president.As always, Woodward also bases his work on extensive documentation, including internal memos, letters, detailed chronologies, and meeting notes that reveal the behind-the-scenes realities of the Obama era.Obama has learned that he is not commander-in-chief of the economy. Many of his high-profile domestic reforms—health care, education, and energy—were largely turned over to Congress. But the president has realized the weight and reach of his authority as commander-in-chief, a responsibility that may define much of his legacy. Filled with intimate scenes told verbatim, this is an unprecedented look at a young president responding to the dangers and commitments of the twenty-first century.