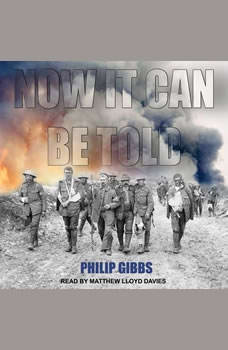 Now It Can Be Told

Sir Philip Gibbs served as one of five official British reporters during the First World War. In this book he relays the experiences of British soldiers and offers a detailed narrative of the events of World War I, while trying to draw broader conclusions about the nature of war and how it can be prevented in the future.