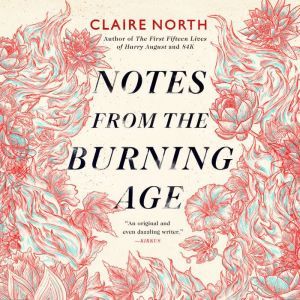 Notes from the Burning Age

From the award-winning author of The Sudden Appearance of Hope and The First Fifteen Lives of Harry August comes a story exploring humankind’s ability to change the paths we seem fated to follow—even after the world has burned.

Once, we lived through the Burning Age—the time when we cared so little for the world that it went up in flames. It was a punishment. But it was also a gift, and centuries of peace followed.

Once, Ven was a holy man, studying texts from the ashes of the past, sorting secrets from heresies. But when he gets caught up in the political scheming of the Brotherhood, he finds himself in the middle of a war, fueled by old knowledge and forbidden ambition.

There was a time when the world burned. Now, some want to set the fire again . . .