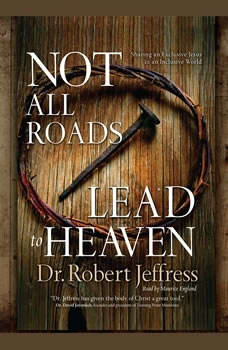 Not All Roads Lead to Heaven: Sharing an Exclusive Jesus in an Inclusive World

Almost 60 percent of those in American evangelical churches believe that many religions can lead to eternal life. But if Jesus is to be trusted when he says that no one comes to the Father except through him, the church is failing in its mission. And it's not hard to guess why. An exclusive Jesus just isn't popular in our inclusive world.Dr. Robert Jeffress calls on Christians to recover the exclusive claims of the one they claim as Lord and Savior, not as a way to keep people out of heaven but as the only way to invite them in. He tackles questions like

- Can people be saved who have never heard of Christ?- What about those who worship God by another name?- Do children automatically go to Heaven when they die? True compassion for non-Christians doesn't lie in letting them go their way while we go ours, but in sharing the only true way with them.