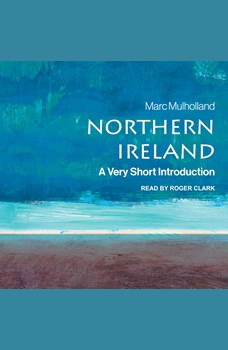 From the Plantation of Ulster in the seventeenth century to the entry into peace talks in the late twentieth century the Northern Irish people have been engaged in conflict-Catholic against Protestant, Republican against Unionist. Marc Mulholland explores the pivotal moments in Northern Irish history-the rise of republicanism in the 1800s, Home Rule and the civil rights movement, the growth of Sinn Fein and the provisional IRA, and of the opposition, the DUP, led by Dr. Ian Paisley. His detailed examination of the violent upheaval of the last century, epitomized by the killing of thirteen civilian demonstrators on Bloody Sunday, culminates in the controversy surrounding the current ongoing peace process. Over 300 years on, the question still remains: can two identities and national allegiances be accommodated in the same state without oppression, rebellion, or violence?