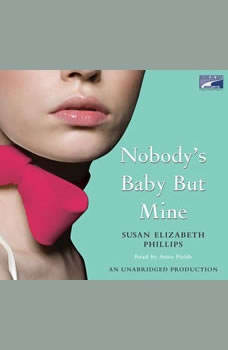 Nobody's Baby But Mine

Jane Darlington is a genius at physics, but there's one problem she can't solve. She yearns for a child but wants to spare it the pain of growing up . . . well, a nerd. And surely, any child of Jane's would be a little too brainy for the playground set.

So she sets out to find a special man to father her child, someone without too much gray-matter between his ears–in short, a big, strong dope. Cal Bonner, legendary pro quarterback, seems to fit the bill. But there's something Dr. Jane hasn't counted on: he's no dumb jock. And he's not about to get used and abused by a baby-mad schemer.

The Last Boyfriend
by Nora Roberts

Owen is the organizer of the Montgomery clan, running the family’s construction business with an iron fist—and an even less flexible spreadsheet. And though his brothers give him grief for his compulsive list making, the Inn BoonsBoro is...

Micah Hudson has painful secrets he's run hard from. He has new friends, a new life, but he's about to be confronted with the one person who reminds him of all he's tried to forget—Angelina, the sister of his oldest friend David. She knows eve...