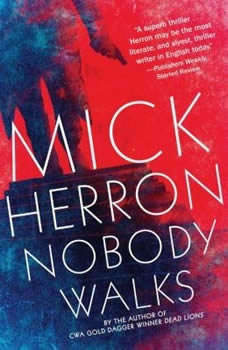 The death of Tom Bettany's estranged 26-year-old son brings him back to London. His return sparks the interest of everyone from mobsters to MI5 officers--he may have thought he left his old life as a spy behind, but nobody just walks away. Tom Bettany is working at a meat processing plant in France when he gets the voicemail from an English woman he doesn't know telling him that his estranged 26-year-old son is dead. Liam was smoking dope on his London balcony when he fell. Now for the first time since he cut all ties years ago, Bettany returns home to London to find out the truth about his son's death. It may be the guilt he feels about losing touch with his son that's gnawing at him, or maybe he has actually put his finger on a labyrinthine plot, but either way he is going to get to the bottom of the tragedy, no matter whose feathers he has to ruffle. But there are many people who are interested to hear Bettany is back in town, from incarcerated mob bosses to the highest echelons of MI5.