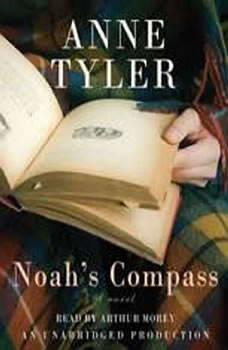 From the incomparable Anne Tyler, a wise, gently humorous, and deeply compassionate novel about a schoolteacher, who has been forced to retire at sixty-one, coming to terms with the final phase of his life.

Liam Pennywell, who set out to be a philosopher and ended up teaching fifth grade, never much liked the job at that run-down private school, so early retirement doesn’t bother him. But he is troubled by his inability to remember anything about the first night that he moved into his new, spare, and efficient condominium on the outskirts of Baltimore. All he knows when he wakes up the next day in the hospital is that his head is sore and bandaged.

His effort to recover the moments of his life that have been stolen from him leads him on an unexpected detour. What he needs is someone who can do the remembering for him. What he gets is—well, something quite different.

We all know a Liam. In fact, there may be a little of Liam in each of us. Which is why Anne Tyler’s lovely novel resonates so deeply.

This is a slow moving, very boring story that does not seem to have reason or purpose. The reference to Noah is so not a part of the story it makes even the title have little or no purpose. This is the most disappointing book I have read. I would not recommend wasting your time or money on this one.