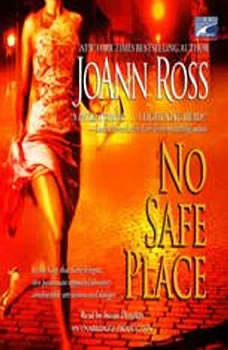 Chicago homicide detective Kate Delaney fiercely defends victims. Which is why–despite death threats–she’s testifying to a federal grand jury about local police corruption. It’s also why she’s infuriated by the New Orleans police department’s blasé attitude toward her estranged sister’s death. But pursuing an investigation in a strange city means allying with someone who knows the territory. And the players. Someone with a total disregard for the rules.

As an ex-cop from a police family, New Orleans PI Nick Broussard knows that cops live by their own code. You don’t rat out a fellow officer. The last thing he needs is some smart-mouthed, by-the-book outsider unknowingly injecting herself into his undercover search for the truth. Even worse is the way she conjures up visions of tangled sheets. . . .

Nick and Kate’s chase pits them against the criminal underworld of the sultry southern city. And as they peel away layers of deadly deception, they discover a dark secret too many are willing to kill to keep.

From the reviews I read about Joann Ross' book, NO SAFE PLACE, I was expecting a tense, exciting thrilling suspense novel. Instead I got a romance novel disguised as serious suspense and I was very disappointed. The romantic aspects of the story were the least interesting parts of the book and I found myself getting bored with it. The book could have been so much better without it because it never realized its full potential in its characters, setting or story line. Ms Ross does write well enough but to resort to the soap opera convention of hate/attraction between Nick and Kate was a real downfall to the story.

This book rates only two stars in my review. While in general I like the book and it was a quick read, I was disappointed in the ending. The main villian in the book is not even part of the conclusiion, he is not even mentioned at any time. It made no sense to me.