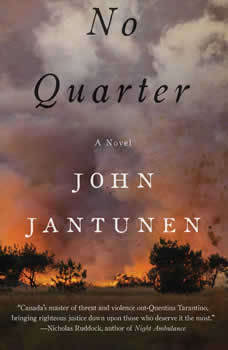 In this blistering new novel from visionary author John Jantunen, three young men with a history of violence are on a collision course set against the idyllic backdrop of northern Ontarios cottage country. Rene Descartes, a recently released ex-con, is living in a ramshackle trailer only a short distance from Hidden Cove, a secluded paradise where the countrys rich and famous relax in opulent gated summer retreats. A savage attack against Rene by the son of the fourth richest man in the country spurns a brutal act of revenge that will ignite this paradise into a fiery vision of hell on earth. As the flames threaten to engulf rich and poor alike, only Deacon Riis, a small-town reporter haunted by his own past, suspects it wasnt Rene who set Hidden Cove ablaze but someone with a far more sinister agenda: to write into life the apocalyptic world imagined by the late George Cleary, a local novelist who was convinced that the end of times is now.