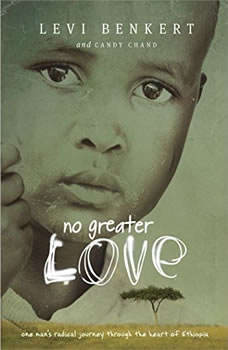 How far would you go to save the life of a child? California businessman Levi Benkertwas playing with his children in the park when he received an urgent phone call from a friend asking him to drop everything and fly to Ethiopia to help organize a rescue orphanage for children destined to be murdered as part of a tribal superstition known as &quot;mingi.&quot; In tribal culture, children and infants with even the slightest defect are considered &quot;cursed&quot; and are killed by their own parents, who fear allowing the children to live will cause bad luck to descend on the village. Moved by his friend's story, Levi packed his bags and left for what he thought would be a short, two-week trip. Once he arrived in Ethiopia and met the children, however, Levi knew there was no turning back. Six weeks later, Levi, his wife, Jessie, and their three young children sold their home and all their belongings and relocated to Ethiopia indefinitely. What followed was the adventure of a lifetime. From the challenges of establishing and running the orphanage and finding adoptive homes for the rescued children to his continued efforts to work with tribal leaders and bring an end to &quot;mingi killings&quot; once and for all.