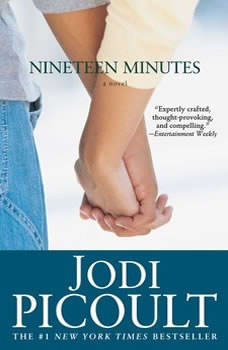 The bestselling author of My Sister’s Keeper and The Tenth Circle, Jodi Picoult pens her most riveting book yet, with a startling and poignant story about the devastating aftermath of a small-town tragedy.Sterling is an ordinary New Hampshire town where nothing ever happens—until the day its complacency is shattered by an act of violence. Josie Cormier, the teenage daughter of the judge sitting on the case, should be the state’s best witness, but she can’t remember what happened before her very own eyes—or can she? As the trial progresses, fault lines between the high school and the adult community begin to show—destroying the closest of friendships and families.