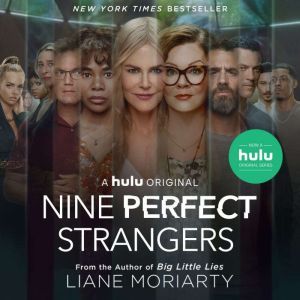 "Narrator Caroline Lee's animated performance brings listeners along as the story changes perspective...Listeners will be hooked as the retreat begins to unravel." — AudioFile MagazineFrom the #1 New York Times bestselling author of Big Little Lies.Could ten days at a health resort really change you forever? In Liane Moriarty’s latest audiobook, nine perfect strangers are about to find out...Nine people gather at a remote health resort. Some are here to lose weight, some are here to get a reboot on life, some are here for reasons they can’t even admit to themselves. Amidst all of the luxury and pampering, the mindfulness and meditation, they know these ten days might involve some real work. But none of them could imagine just how challenging the next ten days are going to be.Frances Welty, the formerly best-selling romantic novelist, arrives at Tranquillum House nursing a bad back, a broken heart, and an exquisitely painful paper cut. She’s immediately intrigued by her fellow guests. Most of them don’t look to be in need of a health resort at all. But the person that intrigues her most is the strange and charismatic owner/director of Tranquillum House. Could this person really have the answers Frances didn’t even know she was seeking? Should Frances put aside her doubts and immerse herself in everything Tranquillum House has to offer – or should she run while she still can?It’s not long before every guest at Tranquillum House is asking exactly the same question.Combining all of the hallmarks that have made her audiobooks a go-to for any listener looking for wickedly smart, unpausable fiction that will make you laugh and gasp, Liane Moriarty’s Nine Perfect Strangers once again shows why she is a master of her craft.Praise for Nine Perfect Strangers:"A deeply satisfying thriller. Moriarty delivers yet another surefire winner." — Publishers Weekly"The interwoven stories of a group of guests at a health resort in Southeast Australia are delightfully narrated by Melbourne performer Caroline Lee, who never falters in her characterizations of this varied cast of characters and who works in concert with the author to imbue them with vivid personalities and intriguing interactions." — SoundCommentary