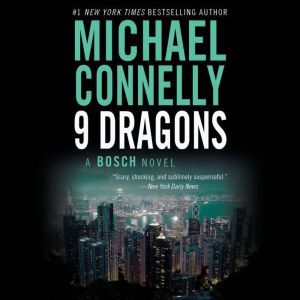 LAPD Detective Harry Bosch is off the chain in the fastest, fiercest, and highest-stakes case of his life. Fortune Liquors is a small shop in a tough South L.A. neighborhood, a store Bosch has known for years. The murder of John Li, the store's owner, hits Bosch hard, and he promises Li's family that he'll find the killer. The world Bosch steps into next is unknown territory. He brings in a detective from the Asian Gang Unit for help with translation--not just of languages but also of the cultural norms and expectations that guided Li's life. He uncovers a link to a Hong Kong triad, a lethal and far-reaching crime ring that follows many immigrants to their new lives in the U.S. And instantly his world explodes. The one good thing in Bosch's life, the person he holds most dear, is taken from him and Bosch travels to Hong Kong in an all-or-nothing bid to regain what he's lost. In a place known as Nine Dragons, as the city's Hungry Ghosts festival burns around him, Bosch puts aside everything he knows and risks everything he has in a desperate bid to outmatch the triad's ferocity.

This book was excellent, just like all the others I've read about Harry Bosch. Can't wait for the next one to come out.

This books is writting for a 5 years old kid. The amount of common sense explanation. The stupidity of Harry Bosh that even got his ex kill. Do not waist your time with this book. 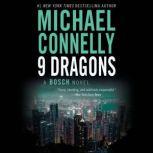