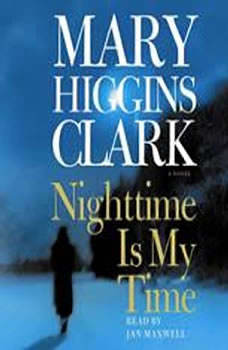 Nighttime Is My Time

"The definition of an owl had always pleased him: a night bird of prey...sharp talons and soft plumage which permits noiseless flight...applied figuratively to a person of nocturnal habits. 'I am The Owl,' he would whisper to himself after he had selected his prey, 'and nighttime is my time.'"Jean Sheridan, a college dean and prominent historian, sets out to her hometown to attend the twenty-year reunion of Stonecroft Academy alumni, where she is to be honored along with six other members of her class. There is something uneasy in the air: one woman in the group about to be feted, Alison Kendall, a beautiful, high-powered Hollywood agent, drowned in her pool during an early-morning swim. Alison is the fifth woman in the class whose life has come to a sudden, mysterious end.Adding to Jean's sense of unease is a taunting, anonymous fax she received, referring to her daughter -- a child she had given up for adoption twenty years ago.At the award dinner, Jean is introduced to Sam Deegan, a detective obsessed by the unsolved murder of a young woman who may hold the key to the identity of the Stonecroft killer. Jean does not suspect that among the distinguished people she is greeting is The Owl, a murderer nearing the countdown on his mission of vengeance against the Stonecroft women who had mocked and humiliated him, with Jean as his final victim.

i remember a time when i used to devour all of her books. this brought me back to then... a fast paced, easy but entertaining mystery, a definite must read. a woman goes back to her high school reunion, and there is someone there (the Owl) who has been killing off the women who used to make fun of him back then, over the whole span of the 20 years. we have to find out who it is.... dum dum dum.....