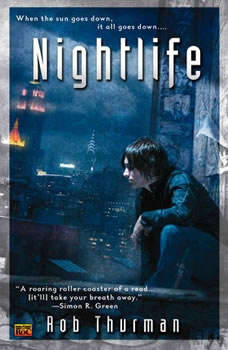 In New York, there's a troll under the Brooklyn Bridge, a boggle in Central Park, and a beautiful vampire in a penthouse on the Upper East Side. Of course, most humans are oblivious to this, but Cal Leandros is only half-human. His father's dark lineage is the stuff of nightmares-and he and his entire otherworldly race are after Cal.

He and his half-brother Niko have managed to stay a step ahead for three years, but now Cal's dad has found them again. And Cal is about to learn why they want him, why they've always wanted him...for he is