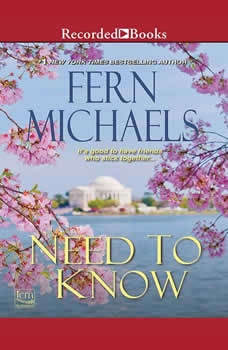 The Sisterhood: a group of women from all walks of life bound by friendship and a quest for justice. Armed with vast resources, top-notch expertise, and a loyal network of allies around the globe, the Sisterhood will not rest until every wrong is made right. Through all their missions and adventures, the tightknit group of friends who make up the Sisterhood have learned one vital lesson: everybody has a weak spot. In the case of Yoko Wong's dear friend Garland Lee, the multimillion-selling performer known as America's beloved songbird, that weak spot was trusting her lawyer, Arthur Forrester. For years, he's taken advantage of her faith in him to amass a secret fortune. And now, in the deepest betrayal yet, he's dragged her into a lawsuit that could cost her home and everything she has left. The Sisterhood know they can't let that happen. Forrester has some of the country's top judges in his pocket, and a list of influential and ruthless friends-not to mention knowledge of all the ways the law can be corrupted to work in his favor. But he doesn't have the Vigilantes' deep-seated loyalty and determination. And all his years of underhanded dealings won't prepare him for the type of creative payback that the Sisters have made their specialty . . . Author bio: Fern Michaels is the USA Today and New York Times bestselling author of the Sisterhood, Men of the Sisterhood and Godmothers series, and dozens of other novels and novellas. There are over seventy-five million copies of her books in print. Fern Michaels has built and funded several large day-care centers in her hometown, and is a passionate animal lover who has outfitted police dogs across the country with special bulletproof vests. She shares her home in South Carolina with her four dogs and a resident ghost named Mary Margaret. Visit her website at www.fernmichaels.com.