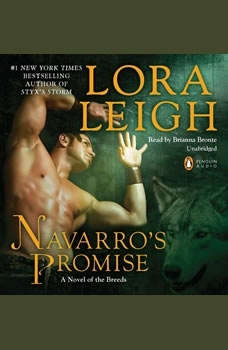 Series: A Novel of the Breeds

The Breed guaranteed Micah no harm would come to her, but they never allowed for her sensual fascination with Navarro, or his unstoppable need to claim her as his mate, in both body and soul.

Navarro's Promise
A Novel of the Breeds