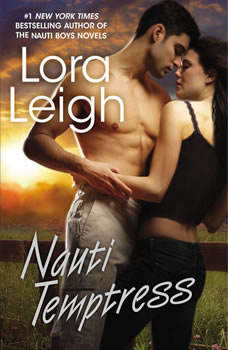 The Mackay cousins—Natches, Rowdy, and Dawg—would do anything for family, so when former DHS agent Timothy Cranston drops off four sisters that Dawg never knew he had, there is no question: The cousins will protect and care for the girls, and their mother, because they’re family.

Five years later, Eve Mackay, the eldest sister, has graduated from college and settled in to life as a Mackay in Pulaski County, Kentucky. She works hard as a cocktail waitress and helps out at the bed-and-breakfast that Dawg bought for her mother. If she keeps herself busy enough, maybe she’ll be able to stay away from the man she promised Dawg she wouldn’t date, the man who has awakened her most ravenous fantasies…

He’s Brogan Campbell, a biker rumored to be a traitor and a thief. But he’s just playing a part; he came to Kentucky for a DHS mission that no one, except Cranston, is supposed to know about. Eve is the key to the whole operation, and his orders are to get her participation. But his need for Eve has nothing to do with stolen secrets and the safety of the country…

When Dawg took in Eve and her sisters, he warned them that if they ever lied, cheated, or betrayed the family, they risked losing everything. But desire and danger are locked in an inescapable embrace, and Eve has to make her choice between family or Brogan, for better or worse…

Jacked Up
by Erin McCarthy

Eve Monroe is a stock-car PR pro who puts her career first—until an on-track wardrobe malfunction reveals more than the sexy smile of jackman Nolan Ford. The video's become an internet sensation, and it's Eve's job to calm the sponsors and put...