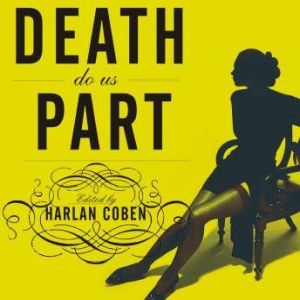 Mystery Writers of America Presents Death Do Us Part: New Stories about Love, Lust, and Murder

From the Civil War–era south to 1950s New York to the present day's gritty cities and seemingly innocuous suburbs, the eighteen stories in this anthology edited by the award-winning mystery writer Harlan Coben chart the complications—always surprising, sometimes deadly—that arise between lovers, dear friends, and even complete strangers coming together for a single, shocking encounter. In Lee Child's "Safe Enough," a blue-collar city boy takes up with a wealthy suburban wife, with dire consequences. In Harlan Coben's "Entrapped," a woman's husband disappears and is replaced by a handsome impostor. In Laura Lippman's "One True Love," a high-end prostitute seeks a radical solution to a public relations problem. And in P. J. Parrish's "One Shot," a man returns to his childhood home to learn the truth about a long-ago tragedy. Other contributors of original stories include Ridley Pearson, R. L. Stine, Jim Fusilli, Jeff Abbott, Charles Todd, and Tom Savage.