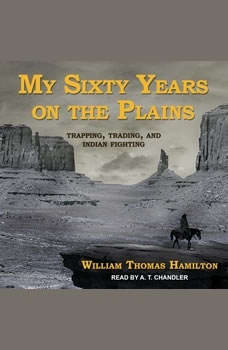 My Sixty Years on the Plains: Trapping, Trading, and Indian Fighting

In his concise, richly detailed memoir My Sixty Years on the Plains fur-trapper W. T. Hamilton—also known as "Wildcat Bill"—gives the listener a first-hand account of life outdoors in the Old West. From trailblazing to trading with Indians, Hamilton relates how a mountain man relied on his wits and specialized knowledge in order to survive the inhospitable environments.